True to their names, Jetboil gets hot water going, and gets it going fast. When you are in a pinch, exhausted at the end of a long hiking day, or just don’t have that patience left in you, Jetboil makes sure waiting isn’t part of the game.

Both the Jetboil Zip and the Jetboil Flash are popular products Jetboil has put on the market, and they both have different reasons to be so popular. The Zip brings more portability to the game, and the Flash is the tried and true origin of it all. Integrated canister stoves can serve a fantastic purpose, especially when out there in the cold wanting to warm up quickly with a hot drink.

Jetboil took their original design and brought it down to a more compact and lightweight integrated canister stove. This is made to help those looking for a smaller system get the same quality they would get by carrying a full-size Jetboil system. It is lacking a few of the features that are on other top brands in the same integrated fuel canister stove category, but also comes at a lower and more affordable price.

The basic model that Jetboil really first started out with. It boasts high fuel efficiency and doesn’t go all out on any frills that aren’t necessary to a quick and safe boil. It’s an incredibly well insulated integrated canister stove that will get you hot drinks fast. When it’s time to start boiling water for dinner or morning coffee, this is one of the best options to get you there faster.

Both of these stoves are incredibly fuel-efficient, relatively lightweight, and boil water faster than most. So what is the difference here and why are we even comparing the two? There are some key areas in which these two stoves differ. They may differ slightly, but sometimes the small things are what really change things up in the decision-making process.

When put to the test the Zip boils .75 liters with about .2 ounces of fuel. While this is incredibly efficient, the problem lies in its holding capacity. Other stoves get tested with their 1-liter capacity and some perform at about the same level. This however isn’t a sign that the Zip isn’t fuel-efficient. This is still one of the top fuel efficiencies in the market today. The integrated canister design helps to make it incredibly easy to save fuel. The only other issue with the Zip is the small knob used to control the fuel. It can be difficult to quickly reach once water is boiling, hence a small amount of fuel waste.

The Jetboil Flash gives us a few different features that help to keep it incredibly fuel-efficient. The insulated stove pot is one of these features. A very small amount of heat is escaping the water the stove is putting all of its energy into. This helps reduce heat loss and maintain a quick and efficient boil. The large flame marker on the pot also acts as a temperature gauge that helps you be ready to switch the stove off when it’s boiled.

Winner: The fuel efficiency of the Zip is great, it just isn’t the best. It loses a huge amount of efficiency once the wind is introduced to the equation, and the Flash only loses 25%. This means that the Flash is the better choice if looking for a more fuel-efficient stove as it will boil more water with almost the same amount of fuel.

This category is what the Zip was designed to win. The pot is sized down to .75 L to save space and make the stove both lighter and easier to pack. Some people find the one-liter original Jetboils to be a little on the larger end of things. The trail weight of the Zip is only 10.6 ounces if you choose to leave behind the canister stand and plastic cup accessory.

The Jetboil Flash is on the larger size, but only when put up against the Zip. The full weight is 12.3 ounces, which is an incredibly lightweight full stove setup. Many other backpacking stoves still require you to bring along a pot that weighs more than the entire Flash system. Jetboil specializes in lightweight and the Flash shows that off.

While the Jetboil Zip can simmer, it really isn’t made to do it. It features a smaller diameter pot, which can avoid burning easily just by maintaining a consistent stir. This can be helpful when trying to cook the most simple of simple dishes with a Jetboil. The control valve is more manageable than other integrated canister stoves, but nowhere near other models such as the MiniMo.

When Jetboil started out, they never had flame control in mind. All they really wanted to do was to get the biggest and hottest flame possible with the least amount of fuel. That’s what the Flash is. It puts out a spray of fuel quickly to get water boiling. There’s not much of a middle ground with the Flash, if there is at all whatsoever.

Winner: We suppose that the Zip wins this category, but as we said, Jetboil never really wanted to win anything in this category until recently. When they started to try and simmer, they did an alright job at it, but neither of these stoves was designed to make gourmet meals other than Ramen with some seasoning sprinkled on it. Which, to be fair, can feel rather gourmet after a week on the trail.

In three minutes and twelve seconds, the Jetboil Zip was able to boil .5 liters of water. While this time probably wouldn’t double when trying to boil a full liter, it would go up. That being said, it is still a really fast amount of time that would make a solo hiker pretty happy. If you’re wanting to share hot water with anyone else, or need a full liter of coffee in the morning, you should start looking at other models.

In just over four minutes, the Jetboil Flash has a full liter of water at a rolling boil. That is an incredibly impressive time looking at all other backpacking stoves. This does exactly what it was designed to do. Jetboil set out to get water boiled, and they definitely succeeded with the Jetboil Flash faster than most of their other models.

Winner: While the boil time for the Zip is still something to write home about, the Flash’s boil time makes you want to shout it out to the whole world. Which you can do, with boiled water, on top of a mountain, in just over four minutes. The Flash definitely takes this category as it does boil a full liter easily and will accommodate a group of two happily.

The lack of a built-in piezoelectric lighter in the Zip means that while it is still easy to use, it’s pretty hard to use compared to other integrated fuel canister stoves. This is a model straight out of the olden days where you had to find a lighter, then flick it near the stove, and then get a flame. It’s the smallest amount of work, but it is more. The control knob is a bit smaller and harder to handle than other models. If the Zip starts to boil over, it’s highly likely you’ll burn yourself in the quick attempt to shut it off.

The temperature indicator on the Flash helps you know when the stove is about to boil over and gives you the time to get in there before all is lost. It also uses the integrated lighter that makes it quick to set up and use without digging through your pack for a lighter. On top of this all, the design of the canister itself is made to hold easily and boil water quickly. Everything about this is easy.

Winner: The Flash is a whole lot easier to use and you’re a whole lot less likely to return home with burnt fingers needing someone to button your shirts for you. The insulated pot, temperature indicator, integrated lighting system, and just about everything else about it is easy to use. The Zip is just missing some of these features that make you work a little harder for it.

The Zip comes at a slightly lower price than most of the other integrated canister stoves you’re probably looking at. It isn’t a bad deal when you put the features it does have up with the price. If it was any higher of a price, we would be saying the value is pretty poor. It’s really only because of the price that this comes in at a good value.

The Flash on the other hand is a bit more expensive, but not overly so. Everything that it comes along with is more than worth the extra twenty or thirty dollars you will spend on this purchase. It is a great value integrated canister stove that does everything it was designed to do, and does it incredibly well.

Winner: While it all comes down to what you are planning on doing with the stove, the Flash is just a great value overall. Even when looking at every other backpacking stove, we still recommend the Flash if looking for the best value. It’s a really cool, feature-rich product and is fun to get the chance to play around with and use to make yourself hot water in a flash.

The Jetboil Zip and the Jetboil Flash are both good quality stoves from Jetboil designed to give you hot water as fast as possible. While the Zip comes in a more compact and lighter size, the Flash carries a lot of extra features that are worth paying a bit more and carrying a bit more for. If ultralight is the only thing you care about, go ahead and buy the Zip. If you want a higher quality stove but don’t mind carrying the slightly extra weight, the Flash is going to perform at the top of its class. 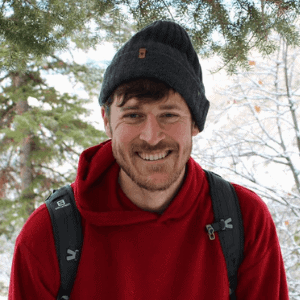 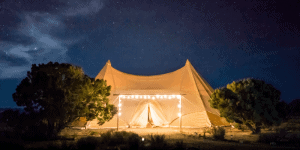 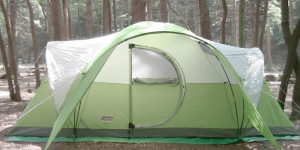