When you’re backpacking in the middle of nowhere, it’s nice to be able to enjoy a hot meal at the end of the day. However, you don’t always get the luxury of building a fire at night. Enter two of the most popular backpacking stoves on the market: the Jetboil MiniMo and the MSR Pocket Rocket 2.

Both the Jetboil MiniMo and the MSR PocketRocket 2 are built for backpacking in the great outdoors. However, they serve slightly different needs.

If you’re looking for the all-around better option, the Jetboil MiniMo is the way to go. This powerful little stove can boil 0.5 liters of water in two and a half minutes in temperatures down to 20 degrees Fahrenheit. Plus, its cover doubles as a measuring cup and a bowl.

However, if you’re looking for a lightweight, beginner-friendly option, the MSR PocketRocket 2 may be better. This well-crafted system clocks in at a mere 9.9oz, compared to the MiniMo’s 14.6 ounces.

The Jetboil MiniMo and the MSR PocketRocket 2 share quite a few similarities. However, it’s their differences that may determine which stove better suits your needs. Let’s take a closer look.

The Jetboil MiniMo clocks in at a whopping 14.6 ounces. While it’s not the heaviest stove on the market, those few extra ounces add up when you’re walking eight miles a day. But, when it comes time to pack up, the whole system fits nearly inside the pot. Altogether, the system fits in a 5” x 5” x 5.5” space.

On the other hand, the MSR PocketRocket 2 weighs a mere 9.9 ounces, including the cooking pot, screw-on heating system, and plastic bowl. Like the MiniMo, the PocketRocket 2 is designed to pack neatly inside the 0.75-liter cooking pot. This system packs down to a mere 6” x 5” x 5”.

Winner: When it comes to weight, the MSR PocketRocket has a clear advantage. With a slightly smaller pot and a fold-up heating apparatus, it trims the ounces to save space and weight.

The Jetboil MiniMo backpacking stove comes with a variety of features to make cooking and eating enjoyable. With metal handles, an insulated cozy, and a measuring cup-cum-breakfast bowl, this system is easy to handle without burning yourself. Plus, the pot doubles as a mug for hot coffee! (Just don’t forget to let it cool down).

The MSR PocketRocket 2 backpacking stove is similar in design to the MiniMo. Although PocketRocket doesn’t include a cozy, its aluminum design and insulated grip allow it to work as a pot, bowl, and mug alike. This system even comes with a pot lid that doubles as a strainer. Plus, the included bowl works as a measuring cup, as well.

Winner: When it comes to cooking and handling, these two backpacking stoves are at a draw. On the one hand, the Jetboil MiniMo comes with a bowl/measuring cup, metal handles, and an insulated cozy. On the other, the PocketRocket 2 has an insulated grip, a measuring bowl, and a lid with strainer holes. Thus, the best option will depend on which you will use the most – an insulated cozy or a strainer lid.

The Jetboil MiniMo backpacking stove is one of the most fuel-efficient stoves on the market. This product uses typical liquefied petroleum gas to heat water and food – but its proprietary FluxRing technology only burns half the fuel of traditional systems. When you’re packing only a few ounces of fuel at a time, you need to squeeze out every joule you can!

When it comes to the MSR PocketRocket 2, their fuel efficiency is only average. This product uses less fuel than some of the other small-canister systems in its weight class. However, it consumes considerably more energy than most of the modern integrated canister stoves on the market.

The Jetboil MiniMo’s FluxRing technology is both energy-efficient and powerful. Even though it consumes only half the fuel of traditional systems, it still manages to heat 0.5 liters of water in a little over two minutes. Plus, the MiniMo also comes with a heat regulator so you can fine-tune the temperature from bubbling to a rolling boil.

The MSR PocketRocket 2, on the other hand, has a much slower heating time, partly due to its more open design. With a three-and-a-half-minute boiling time for 0.5 liters of water, this falls midway between some of the best and worst performers on the market. Not to mention, because of its minimalist design, there’s little to be said for its heat regulation ability.

Winner: When you’re short on time – or have more than one mouth to feed – heating time becomes an important factor in your day. With a boil time of 2 minutes and 15 seconds per 0.5 liters, the Jetboil MiniMo is impressive in any weight class.

Due to the Jetboil’s design and FluxRing technology, the MiniMo model is able to light up in almost any dry conditions. In addition to being energy-efficient, the heating system protects the flame so you can get your coffee boiling on a windy morning. Plus, this system will strike on in temperatures as low as 20 degrees Fahrenheit!

By contrast, the MSR PocketRocket’s minimalist screw-on design is far less efficient in windy backpacking conditions. All it takes is a strong gust of wind to snuff out the flame – and your chances of a hot breakfast. Unfortunately, that also means the PocketRocket is nearly useless in rainy and extremely cold conditions, as well.

Winner: The Jetboil’s FluxRing design provides it an obvious advantage in terms of weather conditions. The flat bottom and ring around the edges mean that it can better protect its flame from wind, rain, and even cold temperatures.

The Jetboil MiniMo backpacking stove is a fairly expensive option, and it only comes with a one-year limited warranty. For newer backpackers or those on a budget, its higher price tag may be prohibitive. However, because it uses less fuel over time, your costs in purchasing petroleum refills may be lower.

The MSR PocketRocket 2 is a much more affordable option for most backpackers. At nearly half the price of the Jetboil MiniMo, it comes with a limited three-year warranty from the manufacturer.

Winner: When it comes to price and value, these two systems at once again at a draw. On the one hand, the Jetboil MiniMo is almost twice the price. But, it also uses half the fuel of the PocketRocket, which means long-term fuel costs will be lower. But, if you’re looking at the purchasing price to buy the system, the MSR PocketRocket is a better deal up-front.

The Jetboil MiniMo and the MSR PocketRocket 2 are fairly similar backpacking stoves on their face. However, when you dig into the essential features, their differences start to show.

With a lightning-fast boil time, versatility, and massive fuel efficiency, the Jetboil MiniMo is great for carbon-conscious campers who like a hot meal as soon as possible. Not to mention, its ability to regulate heat means that you can cook your meals at the perfect temperature. (And don’t forget the cool added features, such as the insulating cozy!)

On the flip side, an ultra-compact, lightweight design and the substantially smaller price tag make the MSR PocketRocket 2 a great buy for beginners, budgeters, and solo backpackers. And, with a minimalist screw-on design and added strainer lid, this system packs neatly into a single container – the pot you cook in. 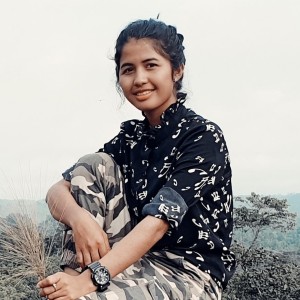 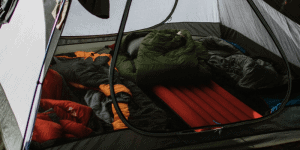 Best Sleeping Pad for Side Sleepers in 2021 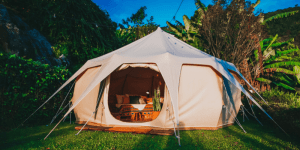